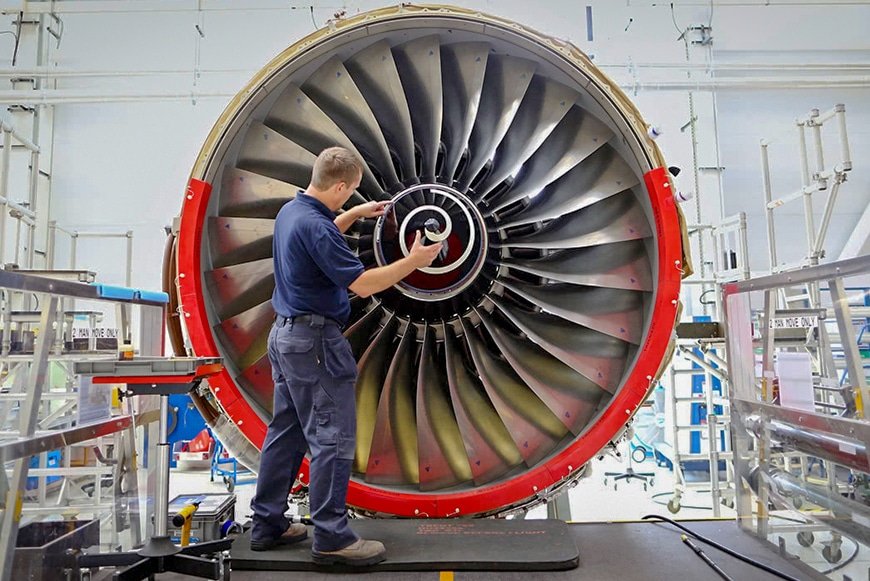 An aircraft engine is a component of the propulsion system for an aircraft that generates mechanical power. Aircraft engines are almost always either lightweight piston engines or gas turbines

The piston engine is an internal combustion engine. The piston engine converts chemical energy in the form of petroleum fuel into mechanical energy via heat and can be termed a heat engine. The working medium is air, which is capable of change in volume and pressure when subjected to an increase in temperature cause by the burning fuel.

The working cycle of four strokes of the piston: induction, compression, power and exhaust. This is known as the four stroke cycle. The cycle is of an intermittent nature; each stroke is distinct and separate from the others. During each cycle, the piston moves in a reciprocating motion within a tube termed a cylinder barrel. The crankshaft converts this linear motion into a rotary motion. In one four-stroke cycle, the crankshaft makes two complete revolutions

The power output of a single cylinder engine depends on three factors:

The weight of mixture taken in depends on the size of the cylinder. Detonation limits the amount of compression. The strength of the materials used in engine constructions limits the crankshaft speed. Since the weight of the moving parts increases out of proportion to an increase in engine size, the larger the cylinder employed, the lower the maximum safe engine speed. 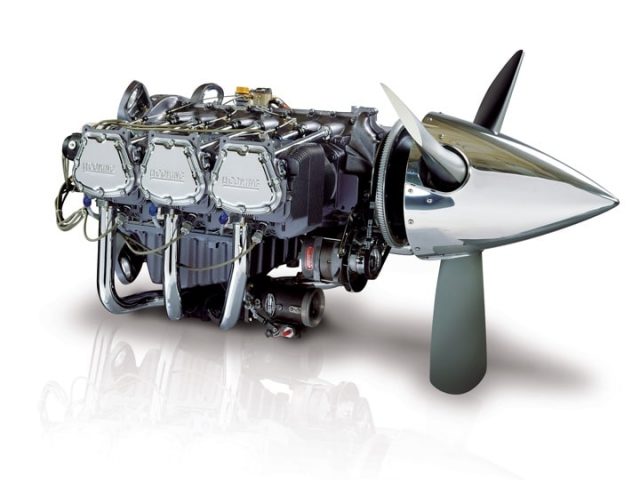 A gas turbine, also called a combustion turbine, is a type of continuous combustion, internal combustion engine. There are three main components:

The basic operation of the gas turbine is a Brayton cycle with air as the working fluid. Fresh atmospheric air flows through the compressor that brings it to higher pressure. Energy is then added by spraying fuel into the air and igniting it so the combustion generates a high-temperature flow. This high-temperature high-pressure gas enters a turbine, where it expands down to the exhaust pressure, producing a shaft work output in the process. The turbine shaft work is used to drive the compressor; the energy that is not used for shaft work comes out in the exhaust gases that produce thrust. The purpose of the gas turbine determines the design so that the most desirable split of energy between the thrust and the shaft work is achieved. The fourth step of the Brayton cycle (cooling of the working fluid) is omitted, as gas turbines are open systems that do not use the same air again.

In a real gas turbine, mechanical energy is changed irreversibly (due to internal friction and turbulence) into pressure and thermal energy when the gas is compressed (in either a centrifugal or axial compressor). Heat is added in the combustion chamber and the specific volume of the gas increases, accompanied by a slight loss in pressure. During expansion through the stator and rotor passages in the turbine, irreversible energy transformation once again occurs. Fresh air is taken in, in place of the heat rejection.

If the engine has a power turbine added to drive an industrial generator or a helicopter rotor, the exit pressure will be as close to the entry pressure as possible with only enough energy left to overcome the pressure losses in the exhaust ducting and expel the exhaust. For a turboprop engine there will be a particular balance between propeller power and jet thrust which gives the most economical operation. In a jet engine only enough pressure and energy is extracted from the flow to drive the compressor and other components. The remaining high-pressure gases are accelerated to provide a jet to propel an aircraft.

The smaller the engine, the higher the rotation rate of the shaft(s) must be to attain the required blade tip speed. Blade-tip speed determines the maximum pressure ratios that can be obtained by the turbine and the compressor. This, in turn, limits the maximum power and efficiency that can be obtained by the engine. In order for tip speed to remain constant, if the diameter of a rotor is reduced by half, the rotational speed must double. For example, large jet engines operate around 10,000 rpm, while micro turbines spin as fast as 500,000 rpm.

On the ground, it is a clear indication for all ground personnel that the engine is operating and therefore maintains a safe distance away

In the air, Birds can detect the white line and consider it another bird which forces the bird to fly away from the engine avoiding a bird strike

The top 4 Engine Manufacturers over the past 20 years are 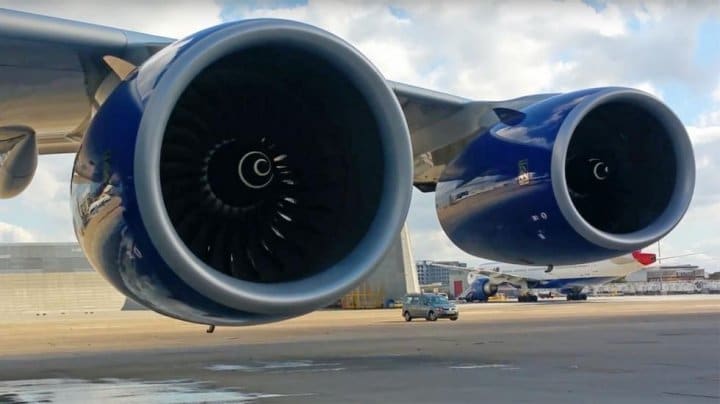 A bird strike is strictly defined as a collision between a bird and an aircraft which is in flight or on a takeoff or landing roll. The term is often expanded to cover other wildlife strikes – with bats or ground animals.

Bird Strike is common and can be a significant threat to aircraft safety. For smaller aircraft, significant damage may be caused to the aircraft structure and all aircraft, especially jet-engine ones, are vulnerable to the loss of thrust which can follow the ingestion of birds into engine air intakes. This has resulted in a number of fatal accidents.

Bird strikes may occur during any phase of flight but are most likely during the take-off, initial climb, approach and landing phases due to the greater numbers of birds in flight at lower levels. Since most birds fly mainly during the day, most bird strikes occur in daylight hours as well.

Complete Engine failure or serious power loss, even on only one engine, may be critical during the take-off phase for aircraft which are not certificated to ‘Performance A’ standards. Bird ingestion into one or more engines is infrequent but may result from the penetration of a large flock of medium sized birds or an encounter with a smaller number of very large ones.

In some cases, especially with smaller fixed wing aircraft and helicopters, windscreen penetration may result in injury to pilots or other persons on board and has sometimes led to loss of control. (See the images at the foot of this article.)

Although relatively rare, a higher altitude bird strike to a pressurized aircraft can cause structural damage to the aircraft hull which, in turn, can lead to rapid depressurization. A more likely cause of difficulty is impact damage to extended landing gear assemblies in flight, which can lead to sufficient malfunction of brakes or nose gear steering systems to cause directional control problems during a subsequent landing roll. A relatively common but avoidable significant consequence of a bird strike on the take off roll is a rejected take off decision which is either made after V1 or which is followed by a delayed or incomplete response and which leads to a runway excursion off the end of the departure runway. 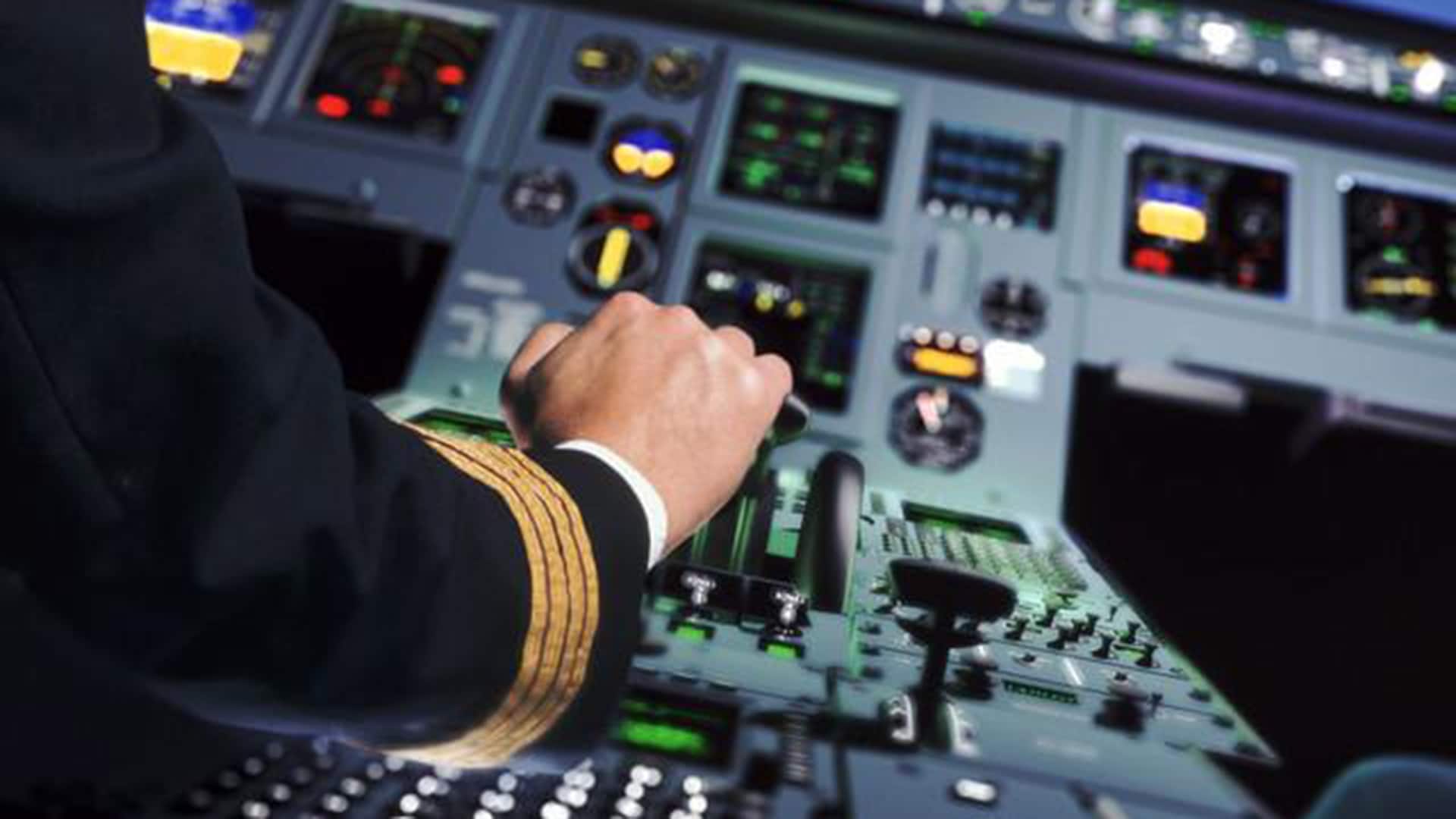