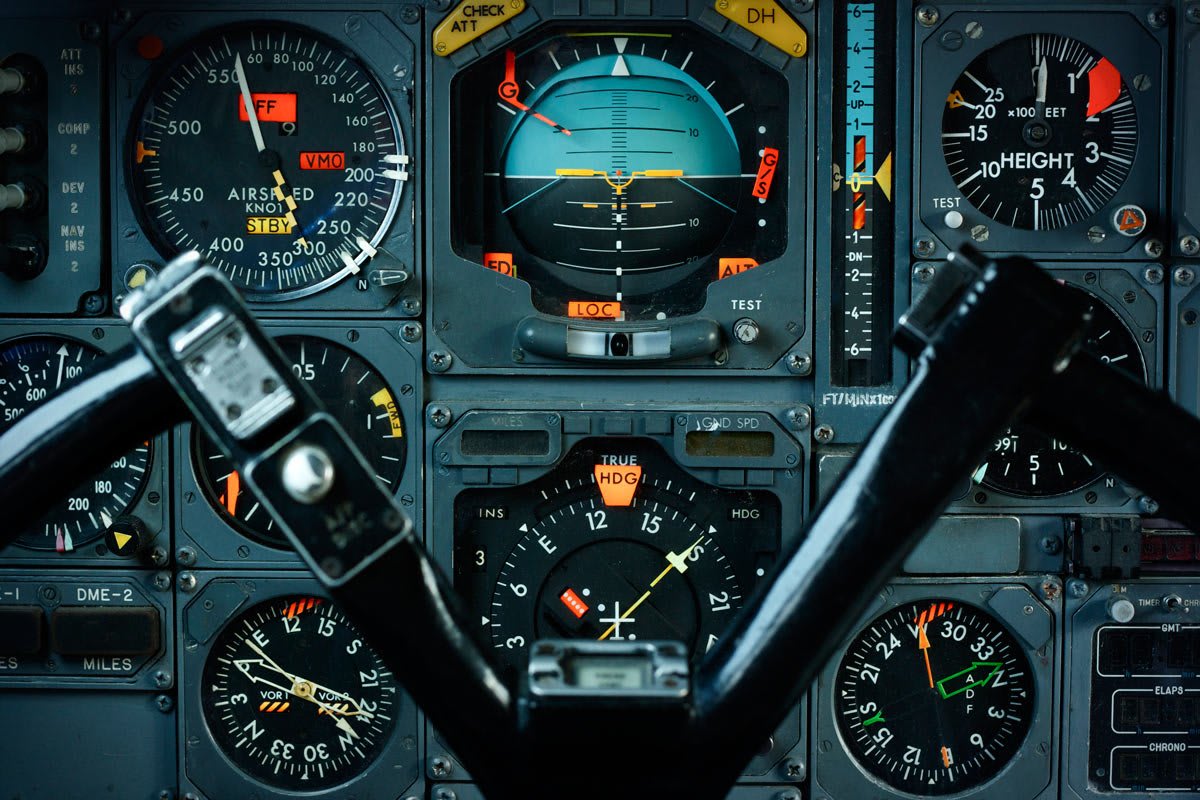 When you’re driving a car, it’s pretty easy to see where you are and what direction you’re going. You just look out the window. There are signs to help you, and your phone’s GPS can even direct you. But imagine if the GPS was all you had – imagine if there was a fog so thick you can see more than a few feet in front of you. This is a lot closer to what it’s like to fly an aircraft.

Aircraft instruments are the various displays and dials in an aircraft that the pilots use to allow them to understand where the plane is and what it is doing. Pilots rely on these instruments, especially when they’re tens of thousands of feet in the air and might not be able to see anything because of the clouds. But even if they could see, the earth is so far away that it is extremely difficult to tell, for example, how your attitude is changing. You can drop a long way before the earth starts to look any different. That’s where an aircraft’s instruments become useful.

An altimeter is an instrument that describes the aircraft’s altitude above sea level by measuring the atmospheric pressure.

An attitude indicator is a display that shows an artificial image of a horizon and how the aircraft is positioned relative to the horizon. Basically, it tells the pilot whether the wings are level or tilted to one side (the roll or bank of the plane). It also tells the pilot whether the nose of the plane is pointing above or below the horizon (the pitch of the plane). Pilots know how to fly the plane without this instrument, but it really helps in low visibility and is considered extremely important.

The airspeed indicator shows the aircraft’s speed (usually in knots) relative to the surrounding air. It works by measuring the ram-air pressure in the aircraft’s Pitot tube relative to the ambient static pressure. The indicated airspeed (IAS) must be corrected for nonstandard pressure and temperature in order to obtain the true airspeed (TAS). The instrument is color-coded to indicate important airspeeds such as the stall speed, never-exceed airspeed, or safe flap operation speeds

The heading indicator (also known as the directional gyro or DG) displays the aircraft’s heading with respect to magnetic north when setting with a compass. Bearing friction causes drift errors from precession, which must be periodically corrected by calibrating the instrument to the magnetic compass. In many advanced aircraft (including almost all jet aircraft), the heading indicator is replaced by a horizontal situation indicator (HSI) which provides the same heading information but also assists with navigation.

A course deviation indicator (or CDI) is an instrument that describes an aircraft’s lateral position (side to side) relative to a planned course. 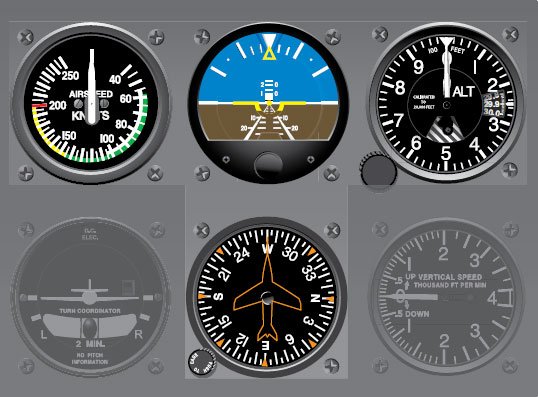 Modern aircraft will have a regular satellite navigation system (GPS system) that shows the plane’s position relative to the features on the ground. Though this is mostly used by pilots – air traffic control is done through radar systems

A glass cockpit is an aircraft cockpit that features electronic (digital) flight instrument displays, typically large LCD screens, rather than the traditional style of analog dials and gauges. While a traditional cockpit (nicknamed a “steam cockpit” within aviation circles) relies on numerous mechanical gauges to display information, a glass cockpit uses several displays driven by flight management systems, that can be adjusted (multi-function display) to display flight information as needed. This simplifies aircraft operation and navigation and allows pilots to focus only on the most pertinent information. They are also popular with airline companies as they usually eliminate the need for a flight engineer, saving costs. In recent years the technology has also become widely available in small aircraft.

As aircraft displays have modernized, the sensors that feed them have modernized as well. Traditional gyroscopic flight instruments have been replaced by electronic attitude and heading reference systems (AHRS) and air data computers (ADCs), improving reliability and reducing cost and maintenance. GPS receivers are usually integrated into glass cockpits.

A flight management system (FMS) is a fundamental component of a modern airliner’s avionics. An FMS is a specialized computer system that automates a wide variety of in-flight tasks, reducing the workload on the flight crew to the point that modern civilian aircraft no longer carry flight engineers or navigators. A primary function is in-flight management of the flight plan. Using various sensors (such as GPS and INS often backed up by radio navigation) to determine the aircraft’s position, the FMS can guide the aircraft along with the flight plan. From the cockpit, the FMS is normally controlled through a Control Display Unit (CDU) which incorporates a small screen and keyboard or touch screen. The FMS sends the flight plan for a display to the Electronic Flight Instrument System (EFIS), Navigation Display (ND), or Multifunction Display (MFD). The FMS can be summarised as being a dual system consisting of the Flight Management Computer (FMC), CDU and a cross talk bus.