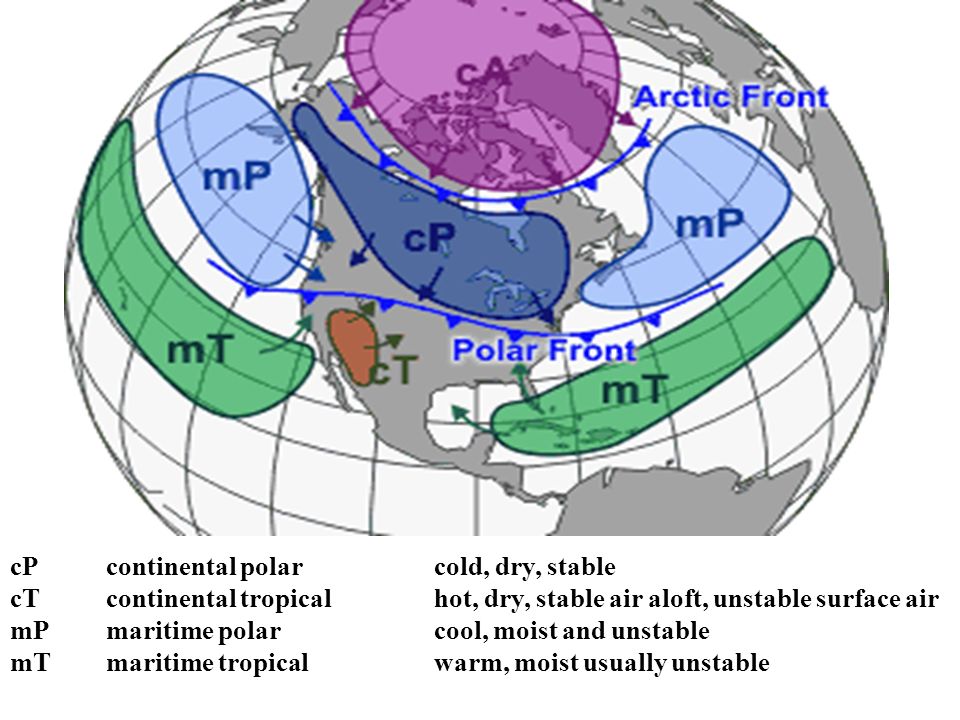 Air masses are large volumes of air with properties of humidity and temperature which remain almost constant in the horizontal.

This phenomenon of constant properties arises from the fact that the air in air masses remains stationary over its source for an extended period of time. This essentially means that air masses originate only in high-pressure areas only where the air can remain stationary for a long period of time

Air masses are classified in different stages, the first of which allocates the air mass a name from the area it originates from and the available air masses are :

The air masses are subdivided depending on whether they originate over sea or land as follows:

A full air mass classification will be one of the following:

Continental tropical air masses originate in subtropical high-pressure zones over land. a good example would be the air mass which originates in North Africa.

Modifications happen constantly to air masses as they travel away from their sources and over other areas. If an air mass passes over a warmer area, the following changes happen

An air mass passing over a colder area:

The effects of air masses depend on their characteristics and their place of origin but most masses are associated with hazardous weather phenomena such as strong winds and an irregular temperature and pressure lapse rate along with unstable air. Changes in the temperature of the air experienced by aircraft are common since any aircraft is constantly flying through different air masses and any of the previous weather activities below can drastically affect the aircraft’s performance. Flight academies usually focus on teaching the air mass topic in great detail since the student pilot will be using the knowledge gained from this topic throughout his pilot career 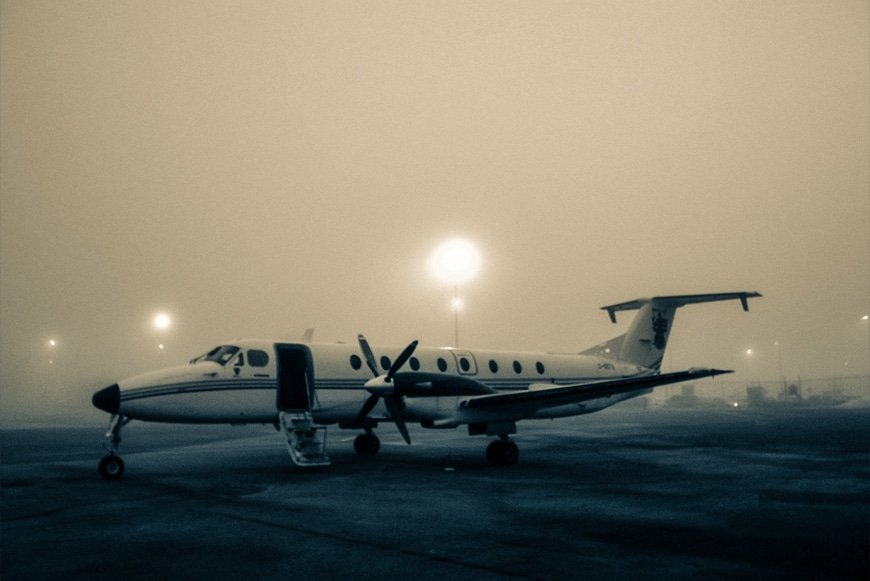 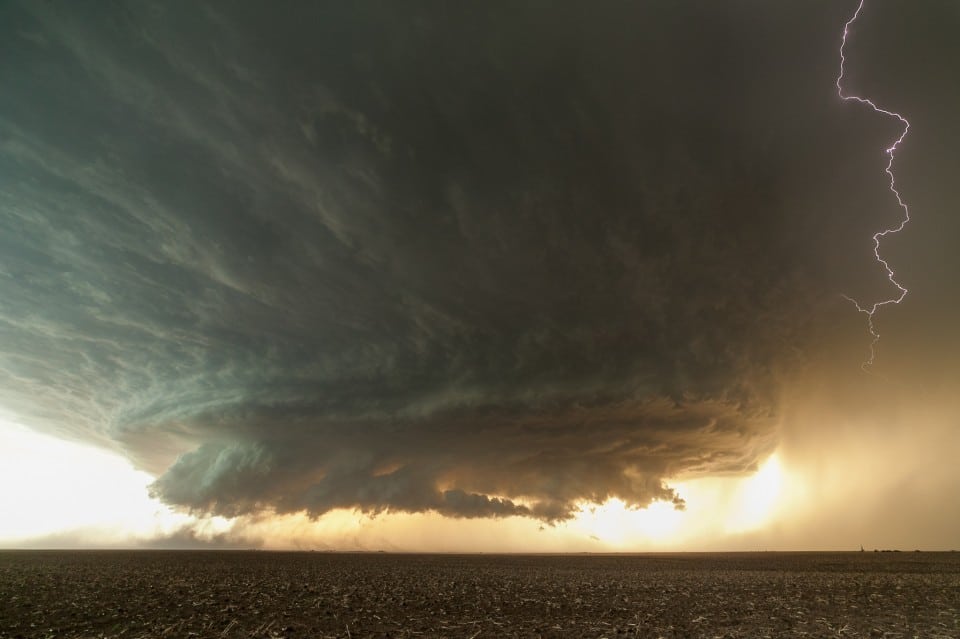 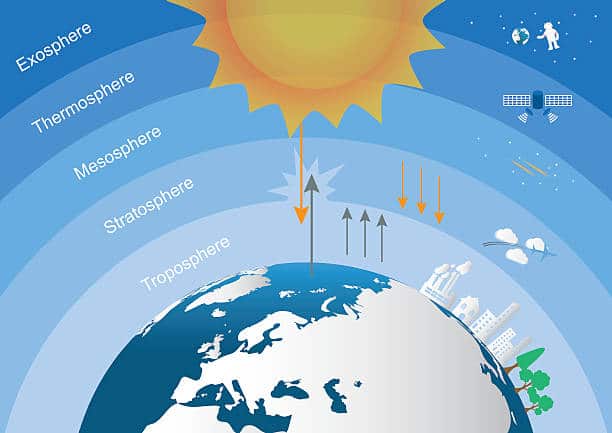